Tom Licata, a 26-year Burlington resident and independent candidate for the Chittenden 6-5  House district, appeared on WVMT’s Marcus & Kurt Morning Drive program Tuesday and weighed in on Black Lives Matter and also the disconnect between public perception and what happens in Montpelier.

On the show, Licata, who has worked with IBM, Virginia Electric & Power, and McDonald Associates, said the culture in Montpelier is driven by ideologies. 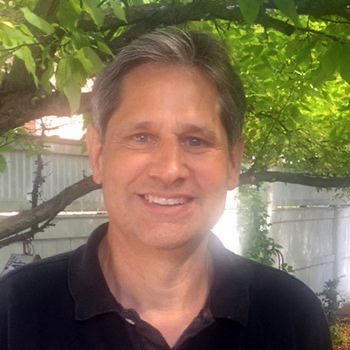 OUTSPOKEN: Tom Licata, of Burlington, is an independent candidate for the Chittenden 6-5 House district.

“You’ve got to start to change the culture and the ideas that kind of infect the public consciousness,” he said. ” … It is highly dominated by an ideology that is very anti-democratic. It wants to centralize power in the administrative state. We have to start to educate the public on this because I don’t think there’s a lot of education going on of what’s really going on in Montpelier.”

He said the Democratic majority party has too much power over constituents and member lawmakers.

“They are so confident that they could take this seat without any kind of a challenge. … The two people that I am running against, they’ll vote for the Progressive/Democratic caucus in Montpelier some 90 percent of the time, and if they don’t then they’ll get what Cynthia Browning got … they’ve essentially banished her from the party.”

Licata is running against Gabrielle Stebbins, who is a senior consultant at Energy Futures Group, where she assists communities in changing over to green energy. The other candidate is Tiff Bluemle who served as executive director of Vermont Works for Women, a nonprofit organization helping women to achieve long-term economic independence.

On the subject of social justice, Licata noted that the founder of Black Lives Matter is Patrice Cullors, a woman who recently described herself on TV as a “trained Marxist.” He said the BLM leadership gets training and support from former members of the Weather Underground, a violent left wing group of the 1960s and 70s.

He offered his analysis of the movement.

“You have to kind of tear down the system, very much like what happened during the French Revolution,” he said. “And so Black Lives Matter, the 1619 Project out of the New York Times, that’s all a part of what’s called critical theory. That critical theory came out of a paper in 1937 by Max Horkheimer.

“What’s going on here is they are trying to disrupt the traditional system, the constitutional order. They believe not in the primacy of reason, but in the primacy of will. That is why they will not talk; they shout over you, they don’t want to reason. They want to rule by force.”

The hosts also brought up the Global Warming Solutions Act, a climate bill that puts carbon emission reductions into law and would allow citizens to sue the state if reductions aren’t met.

“That’s another form of the arrogance of the Progressive Democrats,” Licata said. ” … The legislature never has to vote on these acts. They don’t vote on it, so they can wash their hands. … It centralizes power outside the legislature and essentially outside the people’s domain.”

When asked about his opinion on legal injection sites for hard drug users, he said that the best solution is to reduce unnecessary burdens on Vermonters so they don’t turn to drugs.

“You straddle businesses with all kinds of taxes and mandates and regulations so people lose hope and they turn to drugs,” he said.

He shared some tough words for the mainstream press.

“They all drink from the same well, they all breathe the same air,” he said. “So you don’t get the other side of the story.”

Michael Bielawski is a reporter for True North. Send him news tips at [email protected] and follow him on Twitter @TrueNorthMikeB.